Many people are familiar with waveforms, shown in the top half of this picture of your voice saying HASTE. Often on TV, if scientists or engineers are working with sounds, a waveform will be shown.

These "sound pictures" in essence track the energy of the sound wave like a graph. Looking at a waveform, it's easy to tell where the sound is louder or quieter, letting us see where syllables start and stop, for example.

One problem with waveforms is how much of the information is hidden in the details. That's because speech sounds actually have many waves of different sizes added on top of each other. 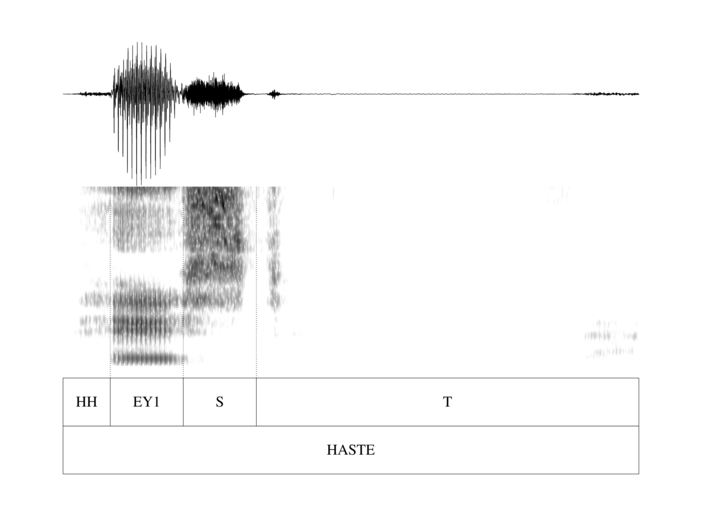 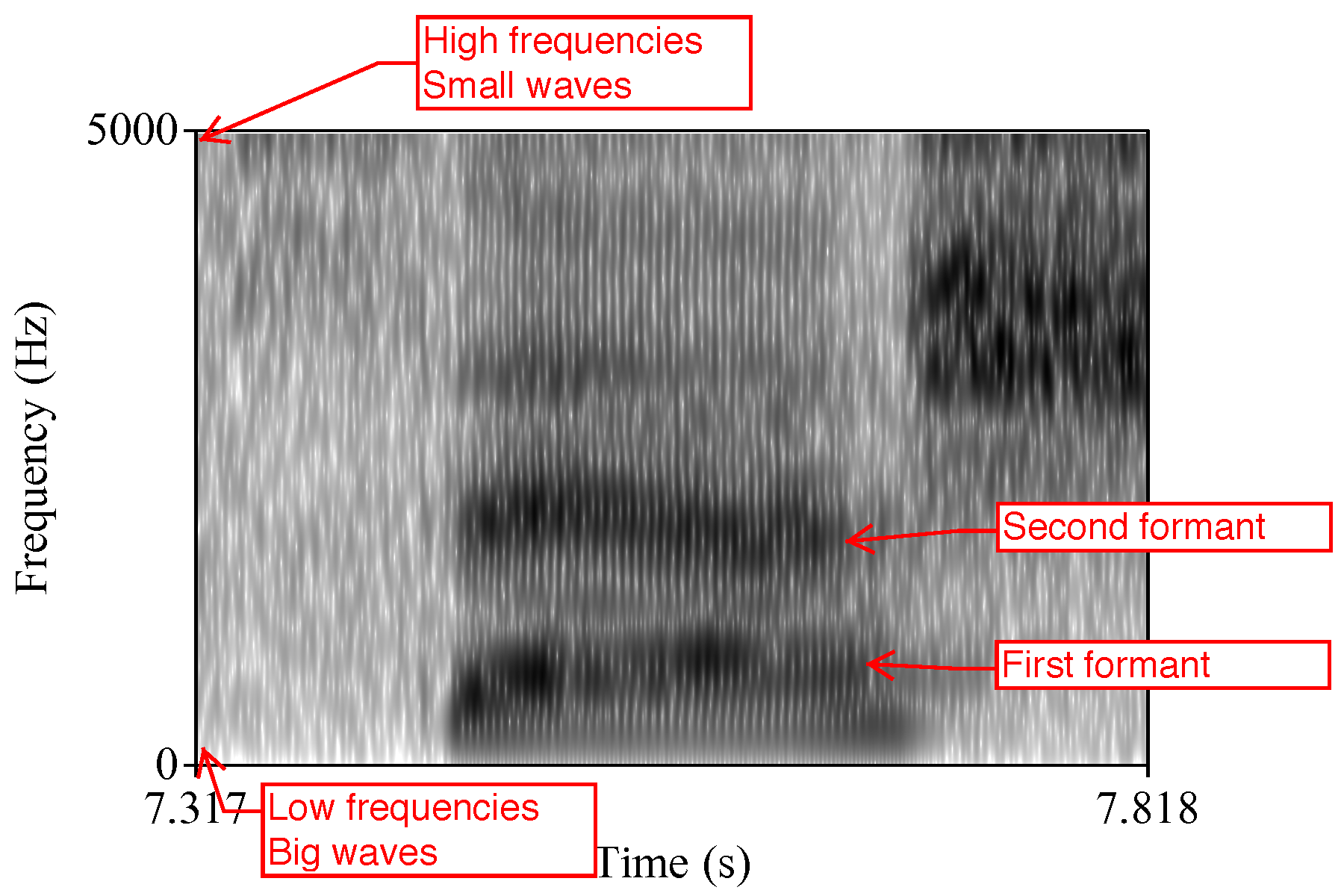 A spectrogram, in the bottom part of this image, breaks all these waves of different sizes and tells us about them, with bigger waves (lower frequencies) on the bottom and smaller waves (higher frequencies) towards the top. Darker shading at a given point on the spectrogram means that at that point in time, there was more energy in waves of that size. This tut orial from Universiteit Utrecht explains spectrograms in more detail.

We hear, and feel that sounds differ from each all the time. Spectrograms can help us understand how they differ by letting us see them, too. If you compare the sound and the sound in your voice saying , you can see that the has more energy concentrated higher up on the spectrogram. Its energy is also very spread out, unlike , which has horizontal smudges or bars of higher energy, called formants.

Sounds like EY that have this regular structure are called sonorants. When you are talking you can tell sonorants because they are the sounds that you can sing: you can hold them for a long time and sing them at different pitches, without ever having to repeat them or bring in another sound.

Look at the spectrograms below and see which sounds look like they are sonorants. Does this match the ones that feel like sonorants when you say them? 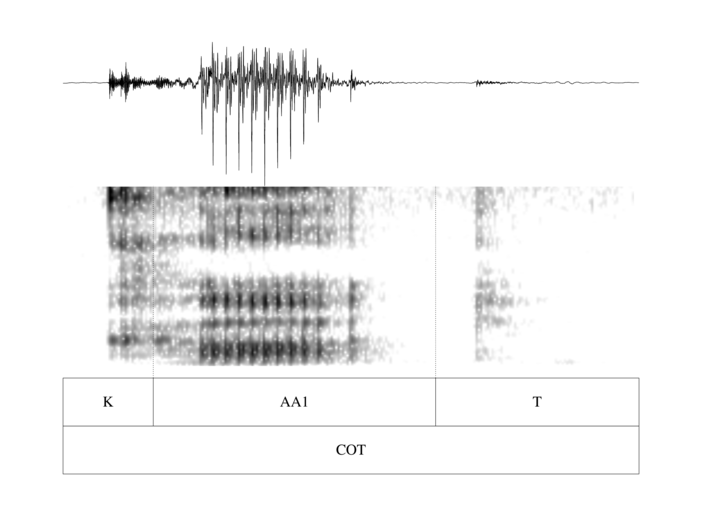 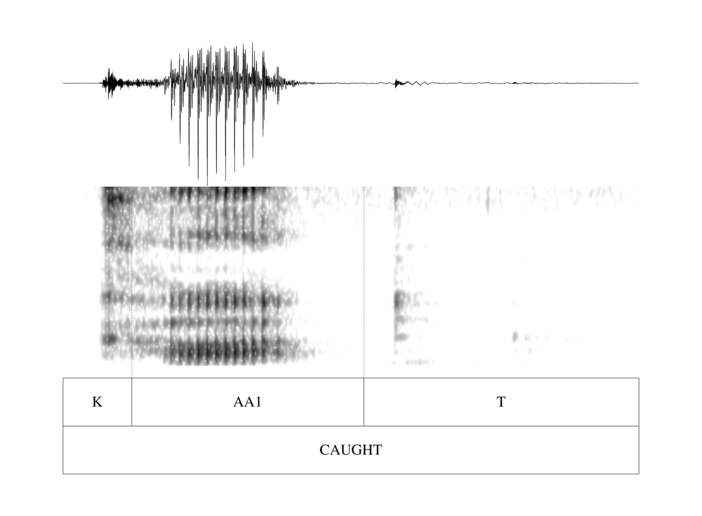 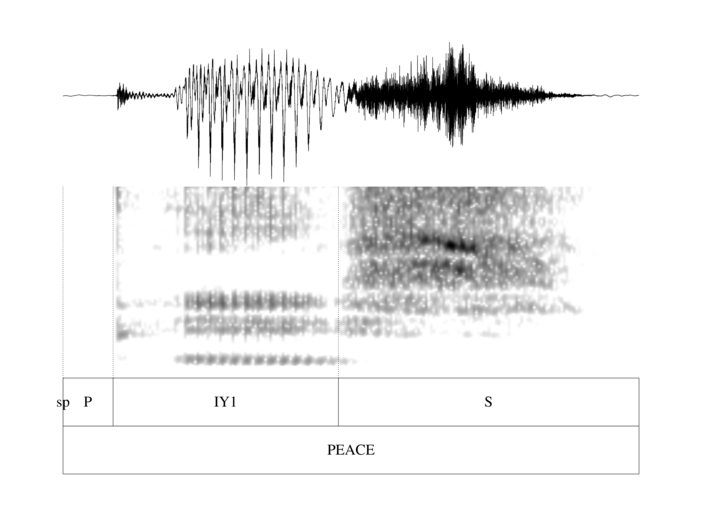 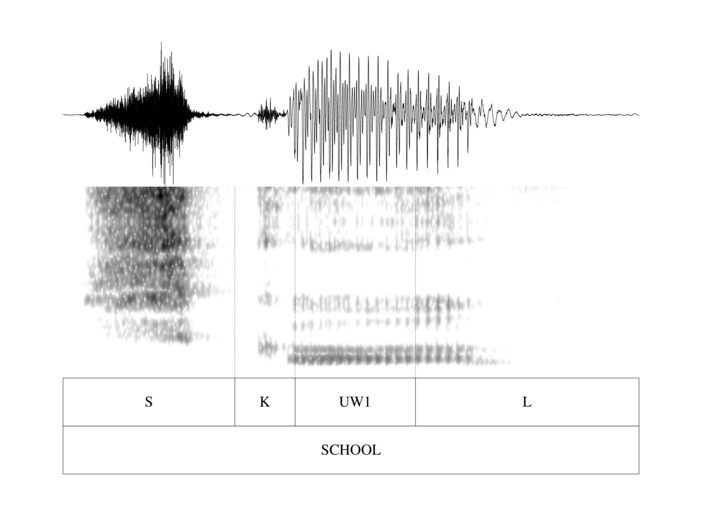