Learning how to pronounce Spanish can be challenging for many different reasons. One of those reasons is that the sets of sounds that Spanish and English use are different. In this lesson we're going to learn about the vowels in the two languages and how they differ.

One of the biggest influences on how a vowel sounds is the location of the highest point of the tongue. This position, whether it's high or low, or front or back, is so important to making vowel sounds that it defines what we call the vowel space, in the mouth. (Image adapted from Wikimedia commons image by user Tavin.) 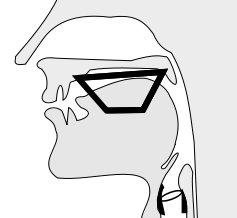 Figuring out where the tongue is when someone is speaking directly is tricky and requires special technology like ultrasound. But we can deduce where the highest point of the tongue is for a given vowel by analyzing the sound itself. When we plot the first two formants of a vowel sound, we create a "vowel plot" which shows us where the vowels fall in the vowel space of the mouth. Learn more about formants here 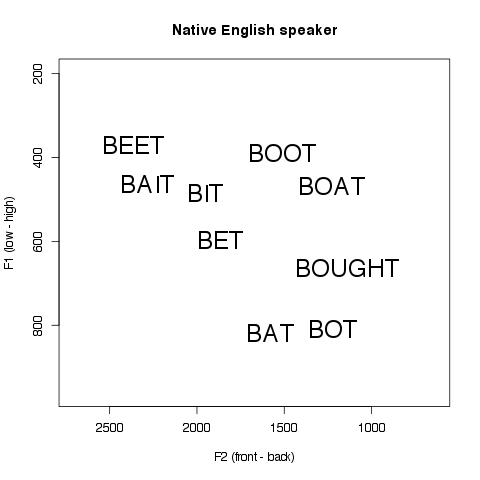 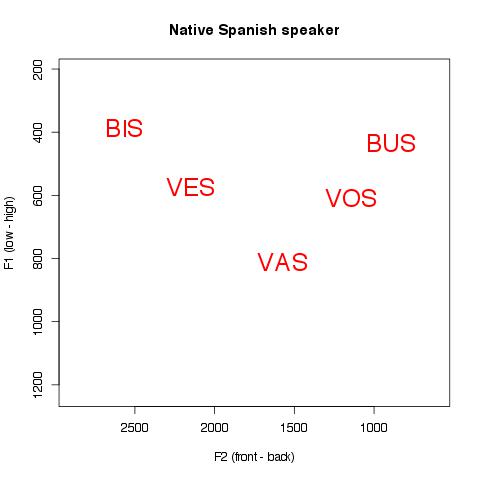 These diagrams show English and Spanish systems respectively. The words on each plot are examples, representing the median value of all the words with the same vowel. When you compare the English and the Spanish vowels, what do you see? You might notice that some differences are about where a sound is pronounced (American English [u] in "boot" is further to the front of the mouth than Spanish [u] in "bus") while others are about how the system fits together (English has a lot more vowels than Spanish!).

Another thing to keep in mind is that our speakers are from Ohio (English) and Argentina (Spanish). There's more than one way to pronounce English or Spanish, so plots from other speakers might be different, especially if they are from other places.

Linguists often think that the interesting variation in English is in the vowels, but in Spanish, it's in the consonants. Does your experience of regional and national accents in English and Spanish reflect this?

Your English and Spanish vowels 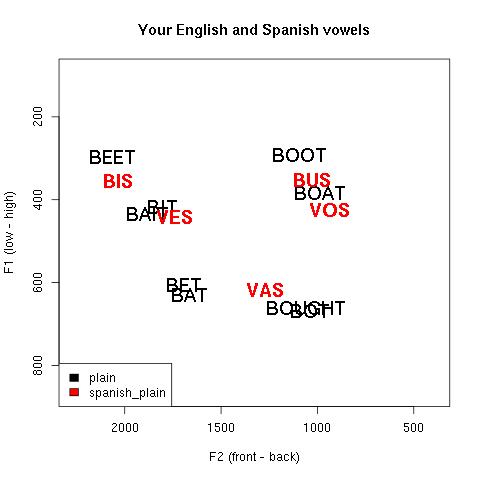 This chart shows your vowels in English and Spanish:

How do your vowels look? Can you see any influence of your English (or other native language) on your Spanish pronunciation? Are your vowels like the native speakers above? If they're different, there might be a few reasons: