One big difference between Spanish and English is how they deal with stressed and unstressed vowels. Stress is the amount of emphasis that a given syllable gets. In English and Spanish (but not all languages!), stress is assigned to syllables within a given word. Stress is what distinguishes a blackbird (BLACK bird) from a black bird (black BIRD), or pato (PAH-to) from pató (pah-TO).

If we try to measure stress, it turns out there are a bunch of things to measure! Look at your spectrograms below of and . 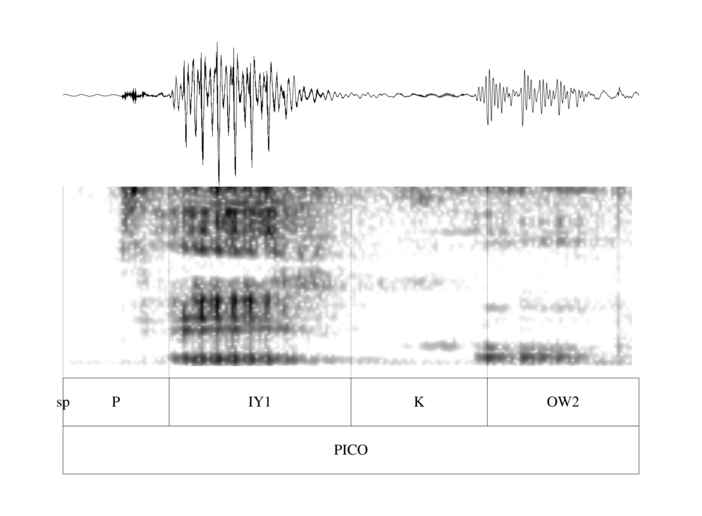 Vowel reduction as a stress marker

In English, when a vowel doesn't have stress at all, most of the time (but not always) it is pronounced as the vowel [@] or schwa, the vowel in the middle of the vowel space. In Spanish, unstressed vowels are still one of the five vowels. They are quieter and shorter than other vowels, but their formant values stay close to those of the stressed vowels. Here is a vowel plot of a native Spanish speaker showing the stressed and unstressed vowels. 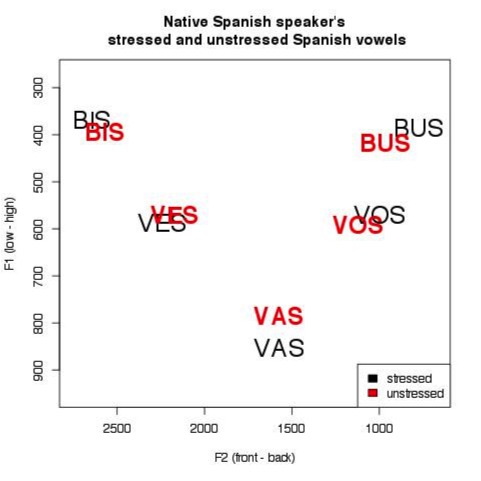 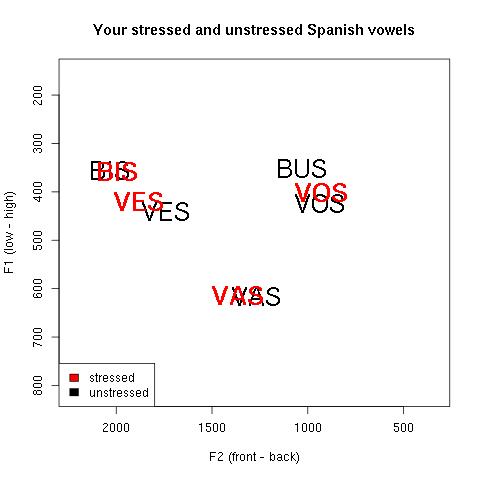 Now here is your vowel plot. How close are the unstressed vowels to the stressed ones?