Co-articulation: How sounds fit together

Even though we think of the sounds of speech as happening one after another, moving our lips, jaw, tongue and other articulators take time and effort. That means that a lot of the sounds we hear in speech are from the between-times, as we move our mouths from the position that makes one sound to the position for the next. It also means that we often change how we pronounce a given sound to make it and the sounds around it easier to say one after the other.

This effect, called co-articulation, means that rearranging sounds doesn't always work the way we might expect. Let's take your voice saying the word PEACE. This is how you said it when you read the word list earlier:

Click the images to enlarge and listen to audio.

This is what it looks and sounds like completely reversed, as if we were playing a tape backwards. Does it sound like SEEP? Or something else altogether? 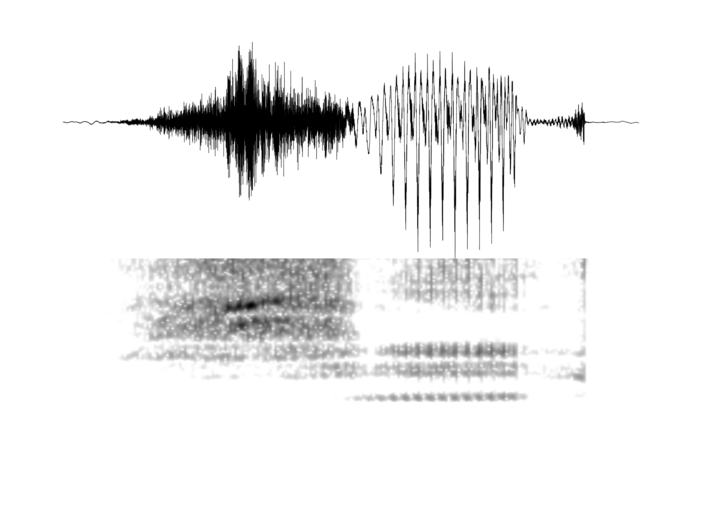 This is what it sounds like if we take each sound rearrange them in the reverse order, so the sounds are forward but the word is backwards. Does this sound more like SEEP?

Let's see what happens when we try to splice PEACE together from the same sounds from other words. If we are careful and only take the sounds from the same place in the word (e.g. S from the beginning of a different word), it might not look and sound too bad. 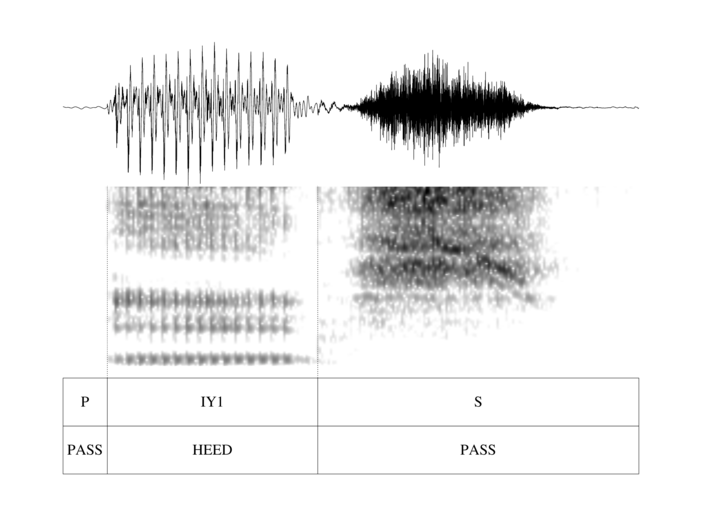 What about when we take them from the wrong place, so our new S is from the middle or end of another word? How does it work now?